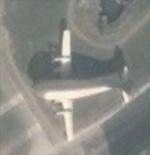 From Wikipedia: The Airbus A300-600ST or Beluga is a version of the standard Airbus A300 wide-body airliner, modified to carry over-sized cargo.

Several major aircraft manufacturers are multinational, and it is not unusual for them to have plants in widely separated locations. Airbus, however, is unique in that it is a consortium formed by the major French, British, German, and Spanish aerospace companies, and the geographic location of Airbus manufacturing is not merely a matter of cost and convenience, it is also a matter of history, national interest and pride. In consequence, each of the Airbus partners makes an entire aircraft section, which needs to be transported to a central location for final assembly. The details vary from one model to another, but the general arrangement is for the wings to be made in Britain, the tail in Spain, the fuselage in Germany, and the nose and centre-section in France; all being united at either Toulouse or Hamburg.
When Airbus started in 1970, the first few components were delivered by road, but growing production numbers soon necessitated a switch to air transport. From 1972 onwards a fleet of four highly modified “Super Guppies” took over. These were former Boeing Stratocruisers from the 1940s, converted with custom fuselages and turbine engines to carry large volume loads for the 1960s NASA space program. As time went by, the Super Guppies became unsatisfactory: their age meant that operating expenses were high and growing higher, and increasing Airbus production rates needed greater capacity.

In 1991 Aérospatiale and Dasa, two of the major Airbus partners, formed a company to develop a replacement. The starting point was a standard wide-body twin-engined Airbus A300: the wings, engines, landing gear, and the lower part of the fuselage were retained, the upper part of the fuselage replaced with an enormous horseshoe-shaped structure 7.4 metres in diameter. To provide access to the cargo area, the standard A300 cockpit was moved down below the cargo floor level and a 17 metre high cargo door fitted. Finally, the tail structure was enlarged and strengthened to maintain directional stability.

Construction began in September 1992, the first flight was in September 1994. After 335 hours of test flying, certification was awarded in September 1995 and the A300-600ST, now known as the “white whale” or Beluga, entered service. Four more Belugas have been constructed, at a rate of roughly one a year, and all five are in regular service. Their primary task is to carry Airbus components across Europe ready for final assembly in Toulouse or Hamburg, but they are available for charter work as well, and have been used to carry a variety of special loads, including space station components, large, very delicate artworks, industrial machinery, and entire helicopters. (The Beluga illustrated above had been chartered to carry two complete NHI NH90s and a Eurocopter Tiger from Europe to Australia and back.)

There are aircraft that can carry heavier loads (notably the Antonov An-124, the Boeing 747 and the Lockheed C-5), but none have comparable internal volume. The A300-600ST’s freight compartment is 7.4 metres in diameter and 37.7 metres long; maximum payload is 47 tonnes.