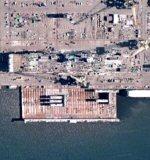 The purpose/mission of Makin Island is to embark, deploy, and land elements of a Marine landing force in an Amphibious Assault by helicopters, landing craft, and amphibious vehicles. The secondary/convertible mission for Makin Island is that of sea control and power projection.